The University of Washington Ethnomusicology Archives’ Garfias Film Collection contains recordings of ethnographic music and dance performances made by ethnomusicologist Robert Garfias during the 1960s and 70s. Garfias’s films, digitized in partnership with the Musical Instrument Museum in Phoenix, Arizona, include materials from Korea and the Philippines, as well as recordings of international artists made locally in Seattle, Washington.

Rights
This recording was digitized for preservation/access purposes by the University of Washington Libraries in Seattle. Its copyright status may be protected by the U.S. Copyright Law (Title 17, U.S.C.) or state copyright statute(s). Its reproduction and use may also be restricted by terms of gift or purchase agreements, donor restrictions, ethical considerations, privacy and publicity rights, licensing and trademarks. This work is made accessible within the context of this website for purposes of noncommercial educational use. Transmission or reproduction of works protected by copyright beyond that allowed by fair use requires the written permission of copyright owners. Responsibility for any use rests exclusively with the user. If you have questions, concerns, or information about this recording, please contact us at ethnoarc@uw.edu. 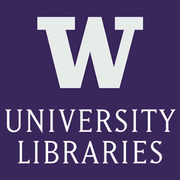 Uploaded by University of Washington Libraries on July 19, 2017